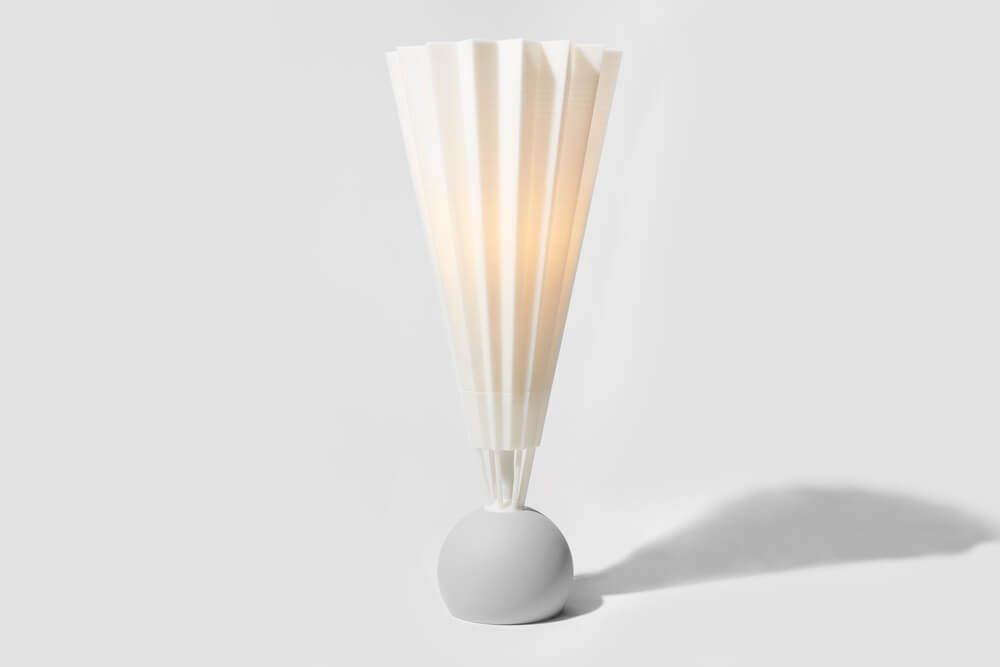 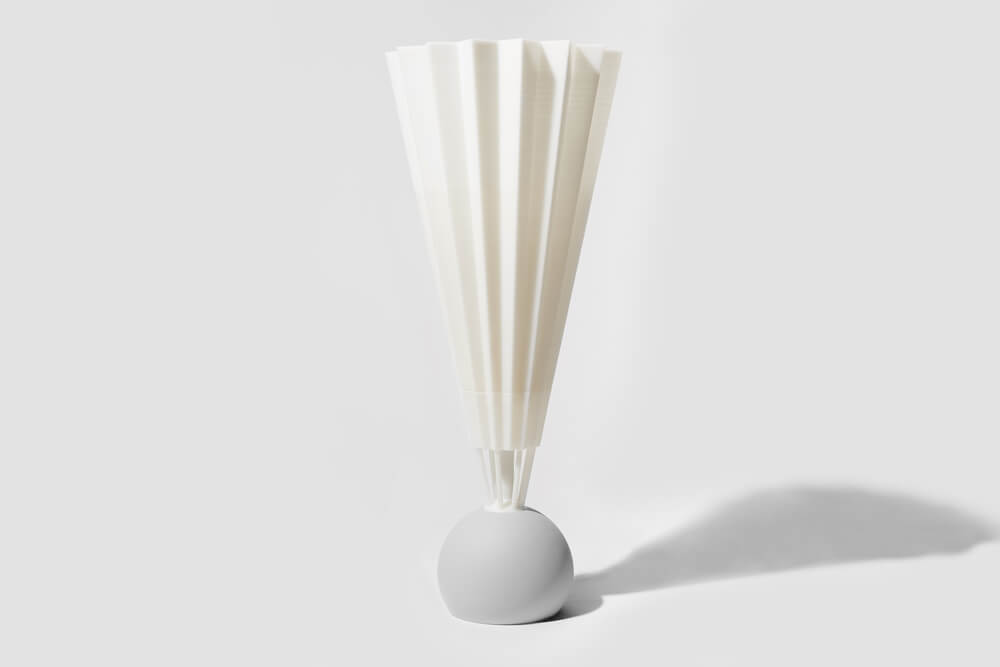 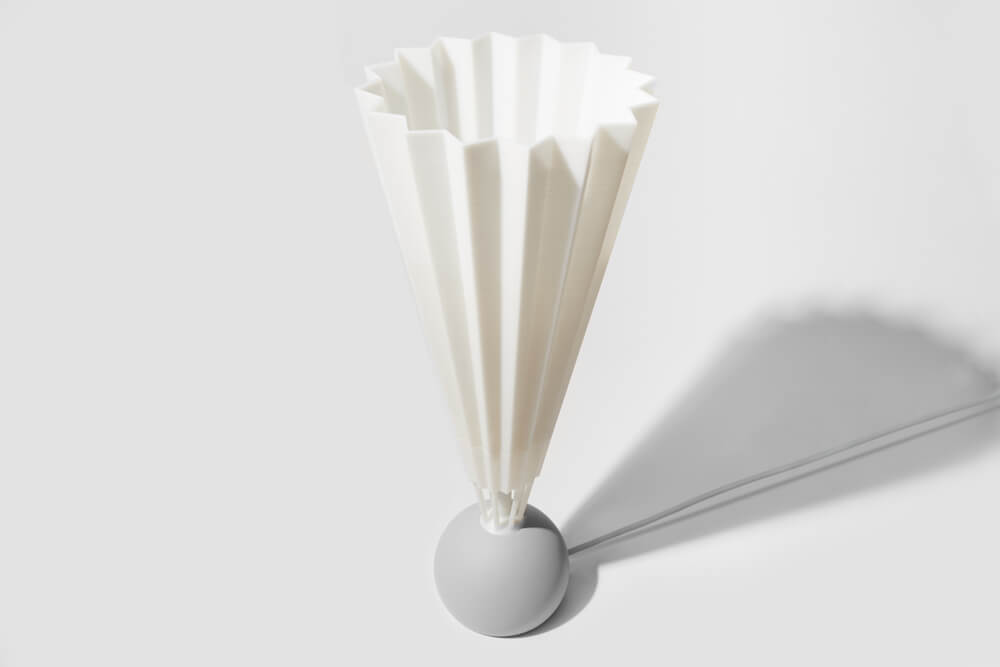 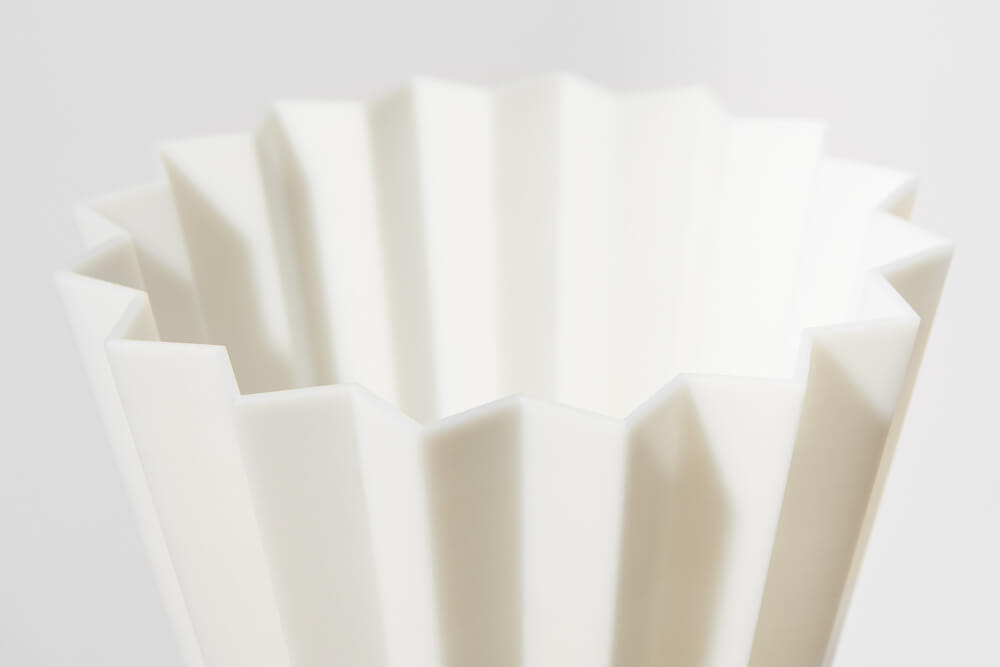 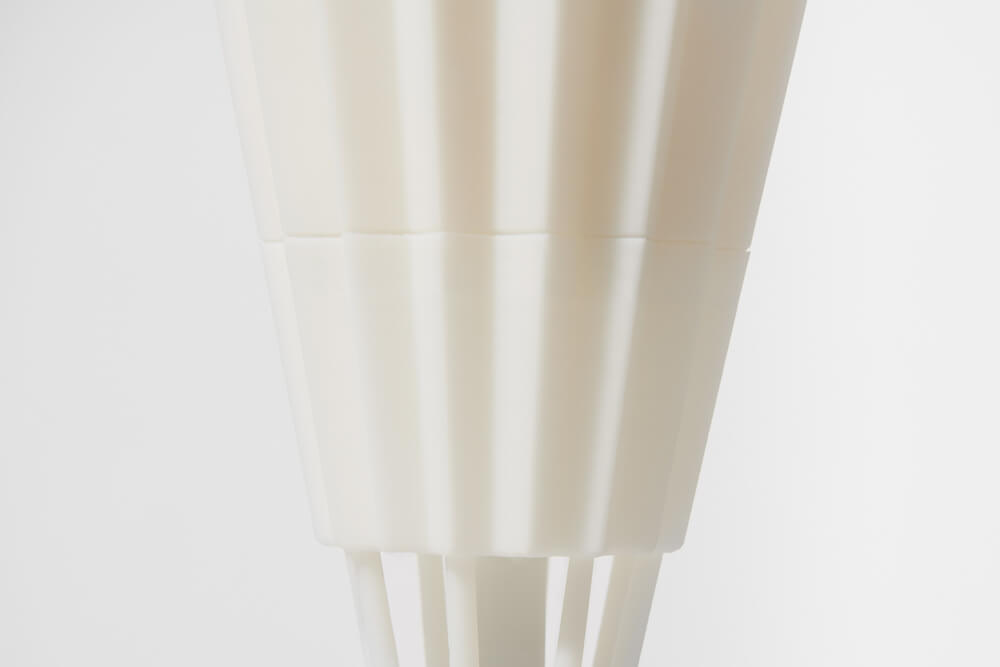 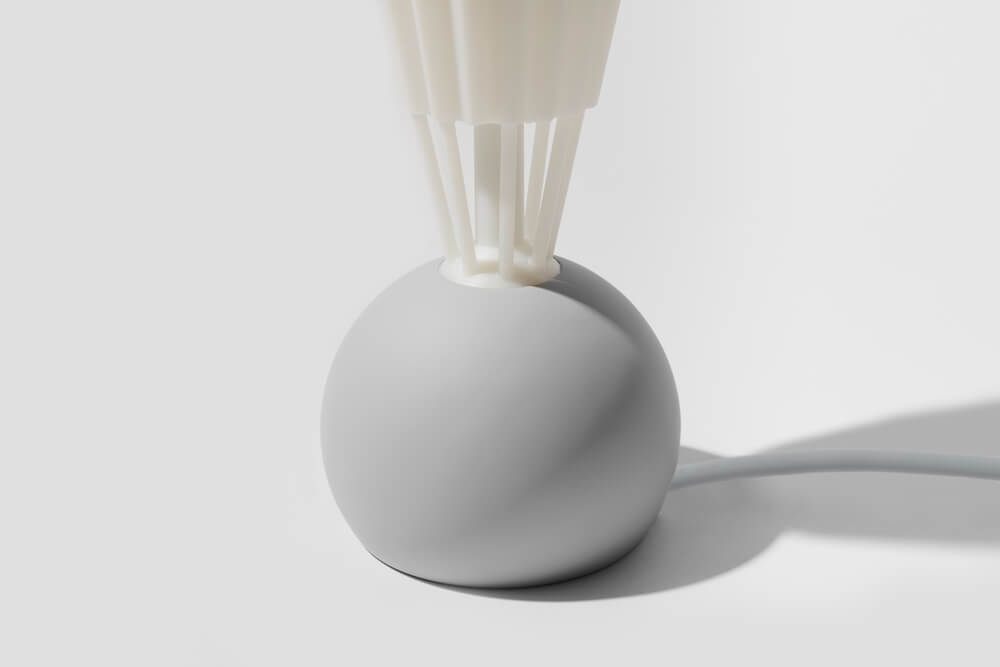 We’ll make this for you from scratch. The date is calculated based on our current order backlog and includes shipping time. You can track live production status, cancel any time and enjoy 30 day free return after delivery.

Designer Raphael Pangilinan made the first version of Konus two decades ago as a teenager in the Philippines. “I didn’t have a lot of money, so I improvised using driftwood or pieces of metal. I first made Konus using bamboo, eventually moving on to hand-woven abacá fiber,” he says. “I never manufactured it on a large scale because it would have taken forever, but now 3D printing lets me do that.” Konus’ distinctive shuttlecock form works well in a variety of spaces, from industrial to modern to rustic. It can fill a room with warm light, and put a smile on your guests’ faces. Get a little playful with Konus.

Switch is about 18" from the base of the product.

Complementary to your main light source. Perfect for creating a mood.

Versatile and bright. Can be used to illuminate an entire space.

A directional light, typically downwards, to focus on your task at hand.

Made by Gantri in California.